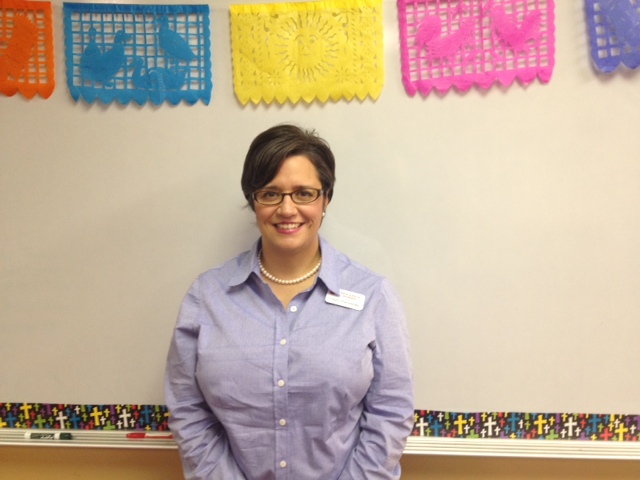 I could easily live without a TV. Really, I could. I’m not saying I want to live on an uninhabited island without any modern conveniences, but I could live without a television.

We (my husband and I) are not really “into” electronics. We still had an old Magnavox console television my mother in law gave us when everyone else was buying flat screens. Yes, I said console, realizing many of you may not even know what that means or looks like. Let’s just say it was almost a nice piece of furniture with its faux wood grain paneling. And it had a large flat top that housed my nativity for many years. “Is that a TV?”, people would ask when they’d come over. “Yes, it is”, I would say with a sense of pride like the girl from the Haverty’s commercial who designs her own pieces and takes them with her wherever she goes. When enough of our friends made fun of us for it, and/or Gary joined a fantasy football team and decided it was time to watch sports in HD, we decided to get rid of it. I asked around, but no one wanted it. When we wheeled it out to the curb with a sign marked “FREE”, it didn’t get whisked away within an hour the way other curbside treasures do. Oh, well…

When we started having children, their TV viewing really consisted of watching DVDs and maybe some Sesame Street. As they got older, their TV viewing evolved, especially for my son who recently celebrated his 10th birthday.

While my daughter (who is now almost 7) was content to watch Pound Puppies and My Little Pony, my son was ready to move to more serious, boy-ish, what always seemed to involve a physical battle, TV. I’m not talking WWE (that’ll be my next blog), but he was asking if he could watch Legends of Chima, Transformers, Pokemon, etc. They were all animated, but not with a sweet, cuddly message. I made certain that they were rated TV Y7, but when I would watch them with him, whoa! I heard things like, “You will bow down to me as your master,” “Evil reigns (followed by a wicked laugh)”, “You will be destroyed”, etc. I just didn’t like what I was hearing.

And not that he ever acted out anything from TV, but I’d notice a change in his demeanor toward us after watching one of these shows. It had really influenced him. He’s a negotiator, and he’d say, “Mom! It’s ok…it’s animated. It’s OK. It’s rated TV Y7.”

I’d suggest shows like Scooby Doo, Octonauts, and Wild Kratts, but he’d say those were for younger kids. I could see his point. Now the fact that my little boy was growing up and moving on was also hitting me.

So I came up with the perfect plan. In addition to monitoring what he was watching, I’d cut out TV once a week. And so “No TV Tuesdays” was born. Once a week on Tuesdays, the TV would not be turned on. It was not received well. At all. I thought I was going to have a runaway. I was the meanest mom ever and didn’t I understand, etc., etc. I stood my ground.

The first Tuesday it was implemented, I actually hid the remote Monday night before I went to bed. I remember my husband waking me around 6:15 am asking where the remote was. I said, “it’s Tuesday. No TV.” “Yeah, for the kids. Just for the kids, right babe?” “Uh, no. For all of us. We’ll survive.” He mumbled something and went down the hallway, and I fell back asleep. Even in my slumber, I stood my ground.

When the kids woke up, they asked me for the remote. I gave them the same reminder: it’s Tuesday. No TV today. It was not one of our better mornings. I really wondered about the kids all day. Were they ruined? Did I make a rule I couldn’t enforce? Should I start making tacos so that it could be “No TV, but yes to Tacos Tuesday? Should I just go ahead and let them watch TV after school? “No!” I stood my ground.

After school was just as pleasant, but my son turned the tables a bit. Now, if I would just let him watch TV, he’d be willing to watch Scooby Doo, or maybe even Wild Kratts. “Nope”, I said. I stood my ground, and secretly, I was proud of his negotiating skills.

He asked what he could possibly do. I told him his options were limitless: Legos, reading, toys, outside play, resting, etc. He wasn’t interested in any of them, but I stood my ground.

So after our taco dinner that night, after we had put the kids to bed and I felt proud of myself for standing my ground, my husband says to me, “I think the kids are asleep. May I have the remote?” “Nope”, I said. He asked what he could do. I told him his options were limitless: read the paper, read a book, trim his toenails, etc. He wasn’t interested in any of them, but I stood my ground.

In the middle of the night, my son woke up to go to the restroom. He has a habit of going to our restroom at night. I hear him walking toward me and he whispers, “Mom?” I wake up and he proceeds with, “Can you please wake me up earlier tomorrow so that I can watch some extra TV since I didn’t get to watch any yesterday?” Ouch. Was yesterday really a victory? What good did all my ground standing do if he was determined to make up that lost TV time?

We made it through the rest of the week. My son constantly asked if I’d reverse my rule. He just couldn’t understand the reason for it. And while I knew that turning off the TV for just one day wasn’t going to be a drastic change, I did start noticing things. My son and daughter would play together. He would read to her. He’d organize his treasure box. He’d go through some of his toys and give me some to donate. Tuesdays at our house became the most peaceful, harmonious days ever. With the TV off, we all seemed to care for and notice one another more. As this new rule was accepted, I was able to explain some of my reasoning for it, and it didn’t fall on deaf ears. I told my family that just like we wouldn’t eat Cheetos every day at every meal, we didn’t need to fill our mind with junk TV.

Then it finally happened. We had been living with our new “no TV Tuesday” rule for a while when my daughter got up one morning and was looking for the remote. She couldn’t find it, and asked out loud for it. My son said, “It’s Tuesday. Remember? No TV today.” She said, “Oh. I forgot it was Tuesday.”

We’ve been observing this rule for a few years now. There are some exceptions (like summer, birthday weeks, etc), but for the most part, the TV remains off on Tuesdays. Now my son wants to watch things like BBC Top Gear, Austin & Ally, Jessie. His TV preferences have once again evolved. These are shows we often watch together. I stood my ground, and we all survived it!

Like many parents my wife and I struggled with the decision to send our kids to Kindergarten or to hold them back and let them grow, both mentally and physically, for another year. The PreK II class that Red Apple offered was the perfect solution. Both of our boys were able to use this program to transition into Kindergarten and entered elementary school very well prepared. We could not have been more pleased with the decision that we made.

Red Apple School admits students of any race to all the rights, privileges, programs, and activities generally accorded or made available to students at Red Apple and does not discriminate on the basis of race in administration of its educational policies, admissions policies, scholarship and loan programs, and athletic and other school-administered programs.